The world-renowned Cirque du Soleil will be in Perth, under the Big Top at Belmont Park Racecourse from 13 April.
A sparkling homage to the traditions of circus, KOOZA springs open like a bejeweled toy box to capture your imagination and set your pulse racing.
A return to the intimate and fundamental human elements of circus, KOOZA combines thrilling acrobatic performance with the art of clowning.
We follow The Innocent as he takes a journey of self-discovery through a comic kingdom of eccentric characters, electrifying thrills and out-of-the-box surprises.
The international cast of 50 acrobats, musicians, singers and actors present heart-stopping feats and laugh-out-loud antics to a live soundtrack fusion of jazz, funk and Bollywood beats. 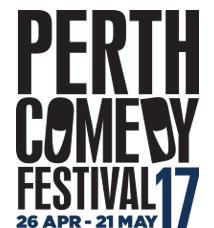 The Festival kicks off in grand style with the lavish Gala event, Perth’s biggest night of comedy.
The Festival program, curated by Festival Director Jorge Menidis, features performances from the finest Australian acts, the biggest international stars and the most promising emerging talent offering up everything from stand up to sketch, satire, impro, musical, absurdist, theatre, magic and kids comedy.
The Festival is one of Perth’s fastest growing cultural events and every year aims to offer a bigger, better and more diverse program to satisfy Perth’s rampant appetite for comedy.

Fay, a sweet young girl, lives an isolated life with her lighthouse keeper father on the bleak, windswept Breaksea Island in the Great Southern region of WA. With the outbreak of war in 1914, Fay ?nds purpose in transcribing Morse code messages from soldiers stationed off shore, becoming their last hope of getting messages to their loved ones before heading to the front line. On the other side of the country in rural Victoria, Charlie and his best mate Jim abandon the outback for the excitement and adventure of seeing the world. As soldiers in the Light Horse Brigade, they quickly discover the brutal realities of life on the frontline.
This gentle play entwines the lives of Fay and Charlie and brings to life the stories of those left at home during the war waiting, wondering, hoping… and the struggles of the young men who valiantly enlisted to help defend their country. Based on Albany author Dianne Wolfer’s wonderful novels Lighthouse Girl and Light Horse Boy, this evocatively written play embodies a powerful and truthful sense of a pivotal time in Australia’s development as a nation. 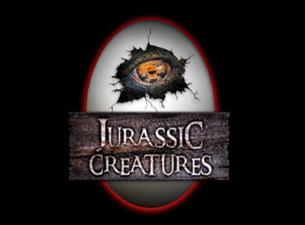 Jurassic Creatures, featuring Prehistoric Creatures of the Ice, is an interactive walk- through event that will captivate young and old alike. Don’t miss it at Crown Pyramid from 31 March – 30 April, 2017.
Explore an ancient world full of animatronic dinosaurs and prehistoric ice-age creatures. Marvel at the story of their 165 million year domination of life on earth. Watch them move. Hear them roar! Get up close with the most distinctive prehistoric animals including colossal Woolly Mammoths, fearsome Saber-Toothed Tigers, the Stegosaurus, the Pachycephalosaurus, a giant polar bear and everyone’s favourite, the Tyrannosaurus Rex.
Become a Palaeontologist for the day. Children will be provided with an expert digger outfit before chipping away to unearth their very own fossil in the digging area. To add to the entertainment, you can join Fred and Barney from The Flintstones as they take to the stage to host the Annual Bedrock Boogie! You can also take part dinosaur art and craft, fossil displays and amusement activities.

What: Peppa Pig
When: 8 April to 12 April
Where: Perth Covention and Exhibition Centre

There is so much to see and do throughout the world of Peppa Pig Playdate. You can visit Peppa’s house, sail on the pond, jump in bouncy muddy puddles and have a special playdate with Peppa, all within this huge and interactive world. Or sit on a picnic rug to watch a musical show starring Peppa Pig and George live on stage – everyone will have the chance to sing, dance and clap along to the Bing Bong Song and delight in being right in the heart of the action.
You can also visit Danny Dog in the music room to play musical instruments, along with other interactive entertainment for everyone to enjoy. Get your photo taken with Peppa Pig and her favourite toy Teddy, watch a magic show and play duck-duck-goose! Everyone is bound to want to take home a cute memento from Mr. Fox’s Shop where a range of Peppa Pig merchandise will be on sale.
Peppa Pig Playdate immerses Australian families in the world of Peppa Pig in a brand new way that will leave fans smiling from ear to ear.