The first pop culture convention for Perth this year was Oz Comic-Con and, despite having a major draw card cancel in the lead up to the event, the fans voted with their feet and packed the Perth Convention and Exhibition Centre on the weekend.

Jason Momoa, star of the upcoming film ‘Justice League’ and heart throb of various TV series had to cancel his Perth appearance due to studio commitments but there was enough star power in the wings to keep the crowd excited. Stars such as Tricia Helfer from Battlestar Galactica, Clive Standen – Vikings, Arthur Darvill – Dr Who, Brent Spiner – Star Trek, Melissa Joan Hart – Sabrina the Teenage Witch and the popular Charles Martinet, the voice of gaming character Super Mario and so many more kept the self labelled “geeks of Perth” happy with autographs, photo ops and panel Q&A sessions. 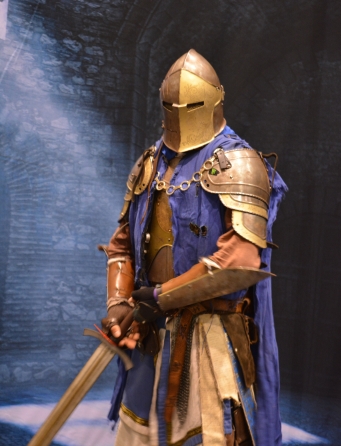 It was however the home grown stars which often stole the show on the day. Oz Comic-Con is renowned for it’s cosplay and 2017 again didn’t disappoint. The effort and care that pop culture fans put into their costumes is second to none. From mainstream movie characters to gaming, manga and anime personas, Oz Comic-Con seemed to have a representative from all corners of the fiction and fantasy universe. The atmosphere at these events is always one of inclusion and respect, regardless of background, and everyone in attendance was obviously enjoying the day. There was a constant overflow of appreciation of other’s outfits and an automatic ‘yes’ to any photo request. People wanted to show off and show off they did whether through the cosplay parades or at Cosplay Central, which is where professionals and amateurs alike could come together for photographs and a chat.

There is no better place to peruse and pick up some merchandise than the stalls that line the corridors of the Con’s show floor. Memorabilia, jewellery, games, toys, books, comics, costumes, props. There are more unique and exotic things on show and for sale than you could get from a frenzied Moroccan bazaar. Fan clubs, gaming zones and workshops give respite to the flow of traffic and to the heavily helmeted while artists and authors also showcased their wares and their skill set for the hungry throng. I have no doubt these artists and literati also relish and revel together in the collaborative and creative junket that roles into the City on an annual basis.

Oz Comic-Con 2017 was again a colourful and eye opening showcase of everything good about an often maligned but ever growing sub-culture. A culture borne out of the fantastical realms in which it operates and the loving obsession of it’s followers. Perth is lucky to have events like it. 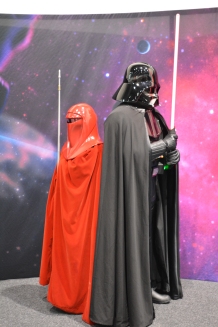 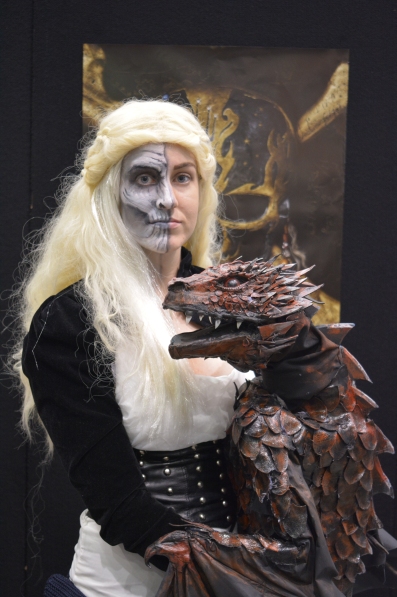 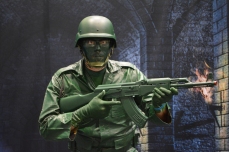