The Tutankhamun – His Tomb and His Treasures exhibition came to the Perth Convention and Exhibition Centre promising a journey back in time, not only to ancient Egypt but also to the moment the famous Pharaoh’s tomb was first discovered back in 1922. It certainly delivered.
The exhibit painstakingly recreates the mystery of the 18th Dynasty in which Tutankhamun ruled and perfectly sets out the history and ritual before and after the boy King’s reign.The walk through of the exhibit is expertly directed through personal ‘audio guides’, big screen videos and light displays. With the majority of the one thousand objects on display also capably described for origin and purpose. The history of the tomb’s discovery is equally as intriguing, including the alleged curse that was placed on anyone who disturbed the burial site. The discovery remains un-rivalled in discoveries from the region both before and since.
Though all items on show are replicas of the original artefacts they are of a sufficiently high quality to let the audience understand the amazing workmanship that would have been utilized in the creation of the articles over 3000 years ago. Tutankhamun, His Tomb and His Treasures is an adventure and an education and is recommended for all ages interested in an amazing historical point in human civilization. 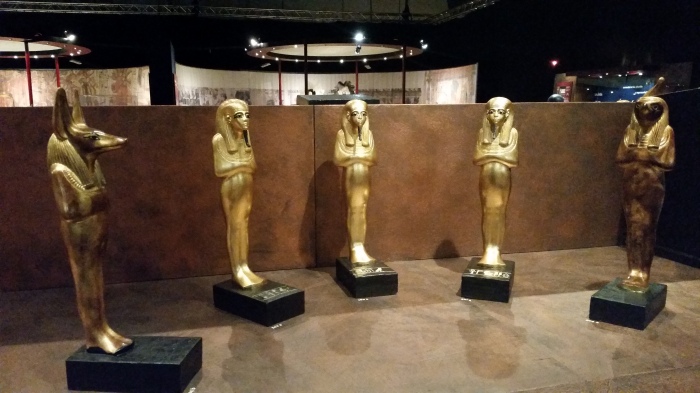